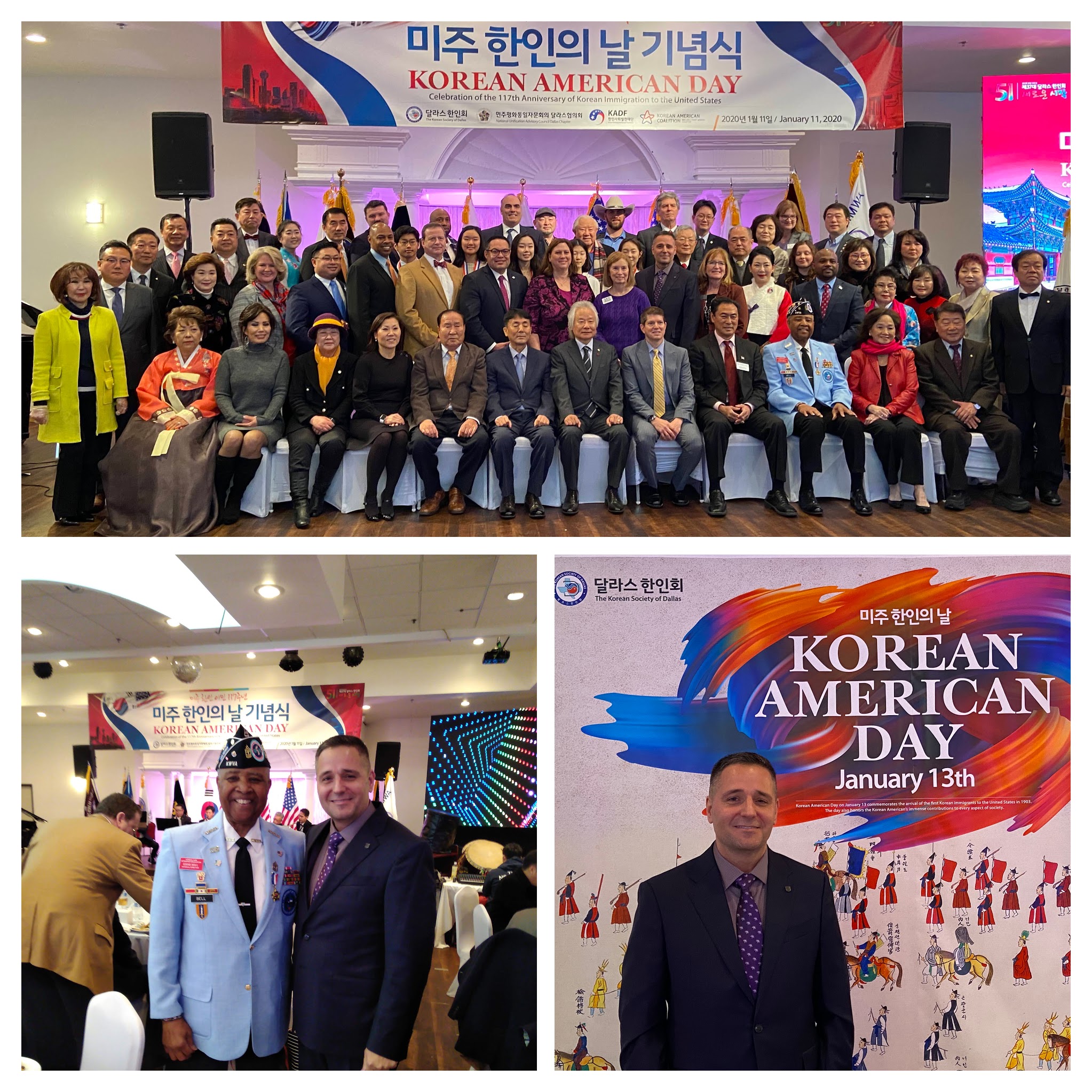 the invitation (a small portion has been edited out):

The Korean Society of Dallas and Korean American Coalition-Dallas/Fort Worth Chapter (KAC-DFW) ... invite you to the Korean American Day Ceremony to be held on Saturday, January 11, 2020. ....

We would greatly appreciate your presence to show support of the Korean-American community throughout the Metroplex who have contributed toward making a significant impact on the Dallas-Fort Worth economy.

I am deeply honored to have been part of the celebration of Korean Americans who share the same dream of today and tomorrow as I do. No words are great enough to equal the appreciation any member of the audience or their heritage paid in sacrifice to be an American. Red, White, or Blue, I'm truly touched that my words were allowed to be spoken from your podium, before an audience of 400+ people at the Korean American Day Ceremony on January 11, 2020, in Carrollton, Tx.

I gratefully say thank you for the opportunity, if just a moment in time to speak. I had the honor to express a small speech,

Voters petitioned me onto the ballot in mid November 2019.

I learned the American Dream is real.

The American dream is many things to people, depending on their age, health, and other.

It is about Happiness for some.
... Contentment for others.
... and Fairness for everyone.
It is about Home Ownership, or at the least - a place to call your own.
It is Economics and the financial ability to provide for one's family today and tomorrow.

As a person and candidate, ...

I'm Pro Life, I favor life over death decisions.
... Pro State's Rights, then Federal Rights.
... Pro Border Control, I favor legal immigration for assimilation to protect against further erosion of our borders, language, and culture.
... Pro 2nd Amd, our founding fathers were correct, 'to keep & bear arms shall not be infringed.'
... Pro 1st Amd, I am for freedom of religion, speech, or of the press.
... Pro Term Limits, I advocate 12 year term limits on federal and state offices.
I'm for reducing Federal Taxes,
... Federal Spending,
... & Federal Regulations

or, on your browser search engine - type, "Jeron Liverman For Congress"

(if a link is not working, please copy/paste into your browser)